UCHIKOMI (striking, going towards, inside) aims to create sensations through repeated movements.

Over and over, it aims to take away, the elements which hinder the freedom of action of the HARA.

By the continuity of the movements, with a progressive elimination of constraints, by becoming aware of his/her own physical oppositions, by gradually feeling judo’s purpose through the use of techniques, the original judo (or Japanese jujitsu) practitioner models his/her body.

During the UCHIKOMI, Tori strives, to solicit UKE as little as possible.

UKE, is also very active by focusing on his/her own control and availability.

Repeatedly receiving TORI’s actions, UKE develops more and more sensations by the movement. UKE must remain focused, free and alert to perform UKEMI at any time.

Tori takes control and throws Uke, not by opposing but by following the direction of Uke’s action.

Despite the appearances, it is not UKE who decides to attack, it is TORI who encourages UKE to do so. Tori takes control as soon as she/he walks towards UKE, even before the Kumi kata.

The Go No Sen No Kata was created by Kyzo Mifune.

His sequence was formalised by Mikinosuke Kawaishi.
Igor Correa contributed to making it sober and direct by giving it a Sen No Sen form.

This kata can be performed in the simple Go No Sen form, or the Sen No Sen form.

Sen No Sen is the most accomplished way because it is led by the notion of URA, it allows Tori to be in the intention of Uke’s attack before it happens 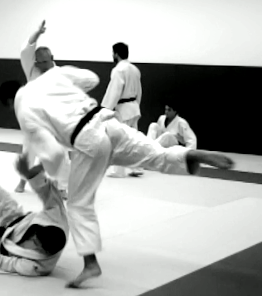 One of the three is the judge who carefully watches the work of the other 2 judokas.

These 3 people are committed to creating an IPPON.
The judge’s task is to set a pace that reflects his conviction and concentration and his ability to anticipate action.

The judge has the responsibility to keep the other 2 judokas in making a clear and unambiguous decision that must be made in the present moment.
The judge remains an active participant in the Shiai.

Shiai is the opportunity to look at each other.

There are always 3 winners unless one of the 3 people cannot see the way forward. 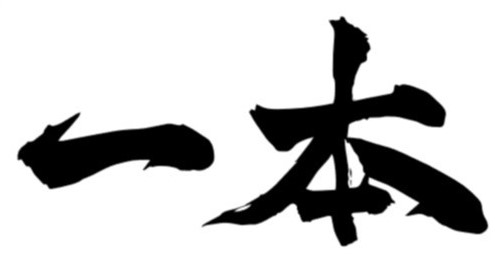 Building a World Together
Towards the Resolution
Ippon.