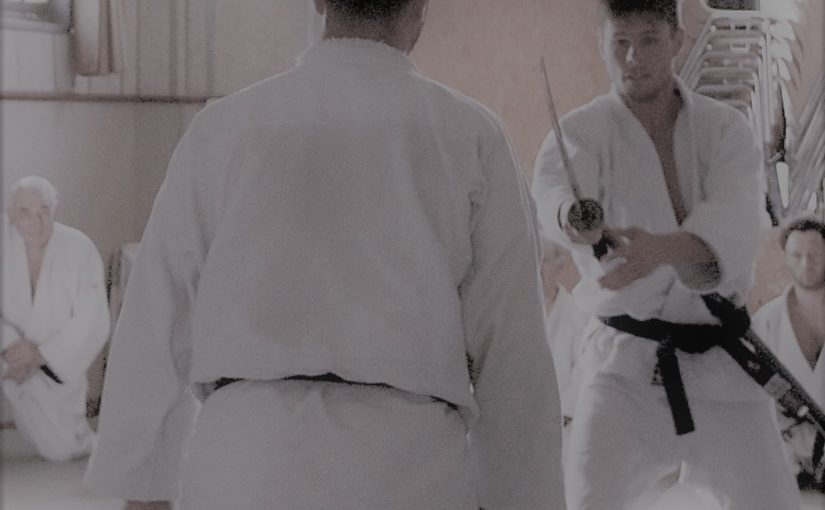 Gesticulation to implement strategies, lack of commitment, fear of falling (instead of doing Ukemi), and working with muscles and not with the Hara, keep us away from making decisions, right now.

Deciding and then doing an action entails 2 steps.

Judo is a matter of acting immediately.

All these actions at the same time.

If these three elements are not together at the very same time, we do not practice Judo, this is something else.
On the other hand, if one is missing and we seek to do them all together, it means we continue the research, then we are doing judo.

There is no strategy in Judo. Developing a plan in advance takes too much time and we end up manipulating our partner.

If there is a person in front of me who puts my life in danger, I must react now, I must not think.

I don’t have to ask myself “Do I have to…”. No, it’s right away. I do something to stay alive.

Original Judo (or Ju No Michi) is a Martial Art.

We must stay awake and aware to “act within the action“.

In martial art judo, there is a close connection between the Hara and the rest of the body and the mind. They are constantly linked in action.

We constantly seek this connection. We, nearly daily, work on it in order to feel it. Then, on a daily basis, non-opposition, mobility, control, decision and encompassing become more and more part of what we are as human beings.

To coordinate one’s Hara and thoughts, there are exercises one can do every day. This trains the ability to make decisions with the whole body. 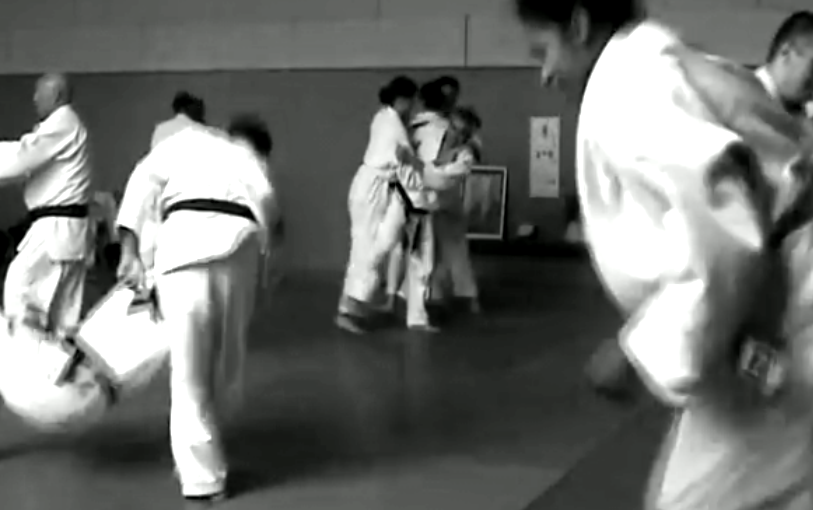 I invite you to carry a 5kg weight in your hands.
You feel the weight acting on the mass and your muscles are contracting to maintain this weight.
Your muscles exert an isometric contraction and the result of this movement allows your body to compensate for the direction imposed on this object by gravity.
Now add another weight to this 5 KG object. This new weight is that of a pencil for example. You won’t feel the difference.
Your sensations are blinded by the tension you must maintain to keep carrying the 5 KG weight.

I have just described here what is Sports Judo which is based on the physical force which blinds and derives Judo from its first design: Efficient use of energy and mutual aid for mutual prosperity.

In the previous post, I talked about non-opposition. Now let’s talk about CONTROL.
In competitive judo, there is confusion between controlling oneself and controlling others.
The control of the other person induces a psychological state which involves the will to manipulate the other individual by a physical and a psychological constraint.
In everyday life, this would be a contravention of the basic rules and laws of life in society. In Sports Judo, these rules are accepted.
in Sport Judo, control is therefore the continuity of a physical and even a psychological dominance over this adversary.

What is control, in my opinion in the original Judo?
By controlling I mean to know in advance, an action that my partner will do and accept it without opposing physical force or psychological coercion.
Controlling is to be ahead.

In the practice of Original Judo, control is always knowing and feeling what the other person is doing without preventing any action from this person.

Control is doing something together, but I’m ahead. By being as aware as possible, I will perceive what the other person is going to do. it is a permanent availability.
To explain this is very difficult with words. This is in the realm of feeling
To feel it, I can’t be in opposition as in Sports Judo, but in non-opposition, as originally defined by Dr Jigoro Kano, then Dr Feldenkrais and later on by Mr Igor Correa Luna. 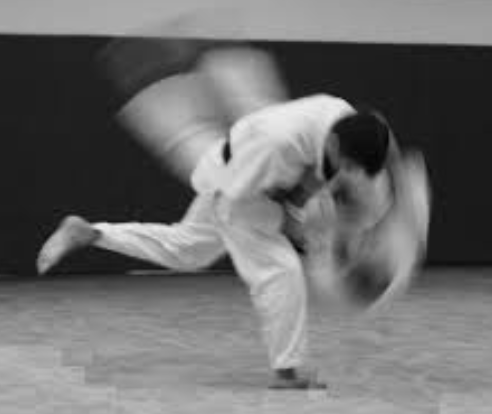 A bit of vocabulary:

Ukemi is also called a fall in Sports Judo (The opponent fall).
In original Judo, it is called the receiving body So we just say UKEMI

The 5 principles to apply to have a good Judo action:
– Non-opposition,
– Control,
– Mobility,
– Decision,
– Encompassing.

These 5 principles are the tools to study:
1 – Efficient use of the energy
2 – Mutual aid for Mutual prosperity
These are the 2 fundamental pillars created by Dr Jigoro Kano.

During good Judo action, Tori and Uke can feel in their body and mind these 5 key principles.
Tori receives the sensation of the Ukemi
Uke feels this sensation during the Gake.

Non-opposition can be explained through words, but cannot be learned from them.

However, I’m going to tell you a wee more.

It is above all, through feeling that we can learn no opposition and Ukemi provides a good “tool” for this learning.
When an action is performed with respect to these 5 principles, we feel non-opposition provided we accept it.

It’s a feeling that we have when we make no effort to do something.
When we perfectly reach our goal.
We are surprised even astonished about what we have just done.

The knowledge of this projection by the body.
Not by thought, not by intelligence, by bodily feeling.
If we refuse it, it’s a bit like a bad taste in the mouth, it’s not good.

To learn non-opposition, however, it is not necessary to do Ukemi but to go towards the Ukemi.
The other solution, which is very common nowadays during what is so-called Judo, is to move away and to create an opposition.
In this case, we are not doing Judo, but a sort of bad wrestling (because this is even not wrestling).

Practising Judo is doing something with a partner, or a friend. It’s accepting that we progress together.
Accepting an Ukemi is to learn how to work and study freely together.
A judoka can fall ten times, twenty times, it doesn’t matter.
What is important is to learn non-opposition.

The big question is how to remain available for the Ukemi and not fall at the same time.
To understand this, Uke does not oppose Tori’s action.
Uke continues to follow Tori’s trajectory with the principles of Ukemi.
However, at some point, Uke will be able to regain control and take Tori’s action.
Uke thus becomes Tori and can do the projection.
This is overtaking an action.
It’s extending Tori’s action in another direction. Not the other way around, not at a right angle. These directions create opposition. It is a circular movement.
Movements in a straight line create opposition, we come up against an obstacle.

Linear movements in Judo do not exist. It is necessary to circumvent so as not to oppose.
In judo, the movements are done in a circle even if the circles are not in the same plane.
The planes can be vertical, horizontal, oblique or all 3 at the same time depending on the progress of the movement.
They are infinite circles.

It may never end.
Circles help you recover. it is the continuity of the movement. A person who plunges in a straight line cannot recover (See the note below).
On the other hand, if this same person creates a circular action while going up on the other side, this person recovers inside this circle.

During a randori or a shïai, neither of the partners may be thrown because these two people are only moving within the circles they have created.
This is the judo based on respect for the principles established by Dr Kano.

* Note about plunging:
In Martial Art Judo, Tori never ever falls with the partner, never ever drop on his/her knees to do an action. This doesn’t make any sense unless you practice what is called Sorts Judo which is based on the opposition of 2 people.

1 – This is a Martial Art, which means that can be used in real life.
In real life, a person who would fall on the knees might be injured or worse.

2 – Judo is based on keeping your balance. Your physical but also psychological balance. So failing while doing an action is not using the energy in the most efficient way.

3 – This is against the second principle of Judo: “Inter- help for mutual prosperity” Falling that way is desperate action to win a medal, to keep having an illusion of success which may lead to an injury for the other judoka.

So, In original/Martial Art Judo, this is not acceptable.
If someone mentioned the Sutemi as a counter-example, it means this person doesn’t know what is a Sutemi.